A native of Phoenix, Arizona, graduate from South Mountain High School of the Arts. He went on to perform in A Chorus Line and Guys & Dolls with Pacific Conservatory of the Performing Arts. Mr. Barnes continued his dance education at the University of the Arts/ Philadelphia. While at University of the Arts, his talents were recognized by receiving the University Creative Grant, which gave him the opportunity to produce an evening of his choreography, Viewsic Expression. Out of this evening Mr. Barnes formed an arts organization in 1991, now based in Brooklyn, New York.

In 1993 Mr. Barnes moved to Berlin, Germany to performed with Tolada Dance Company (Joseph Tmim, choreographer) and taught throughout Europe. He has received raving reviews and brilliant acclaim as a dance instructor from prominent dance academies throughout Germany (TanzFabric, Ballet Centrum, Milton’s TanzSchool, and others). Mr. Barnes has taught for Black College Dance Exchange, Guest Artist at Skidmore College, University of Buffalo, Ghana National Dance Theater, Xavier College Prep., Dance Masters/New York, COCA, Cleo Parker Summer Intensive, and 92nd Street Y, Harkness Dance Center, New Dance Technique Laboratory and Guest Artist at University of Illinois at Urbana-Champaign, Alabama Dance Festival, University of Michigan, Wayne State University, among other. ​
be a part of the “Sweet Home Storytelling Dance Series” commemorating Tuscaloosa native Dinah Washington. Eryn got the opportunity to travel with JAC to Toulouse, France to present “Three Ballerinas: A Moving Sketch” discussing the challenges of Zelda Fitzgerald life as a dance researcher and performer. Now, Eryn has worked with the Files Arts Project as an assistant over the years, but she is excited to empower the students as an instructor. 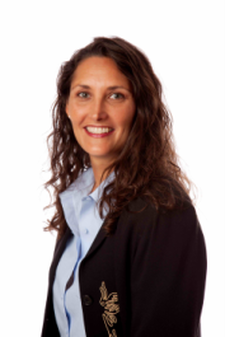 Kyra McCarty is a graduate of the Alabama School of Fine Arts in Birmingham, Alabama, receiving her diploma with a concentration in Dance in May 2010. In May 2014, she graduated from Southern Methodist University (SMU) in Dallas, Texas with dual degrees in Dance (BFA) and Mathematics (BS). While she has studied all forms of dance, Ms. McCarty’s specialties are ballet, Graham modern technique, and jazz. She has had the opportunity to choreograph and perform in the works of Daniel Buraczeski, Millicent Johnnie, Jamal Story, Catherine Turocy, Cathy Young, and Jawole Willa Jo Zollar through the Meadows Dance Department at SMU. Ms. McCarty has numerous years of teaching experience with Rowlett Dance Academy of Rowlett, Texas, Dallas Black Dance Academy of Dallas, Texas, Oxford Ballet School of Oxford, Mississippi, and the Deborah Kaye School of Dance in Oxford Mississippi. Currently, Ms. McCarty is the 8th and 9th grade math teacher at Legacy Prep Charter Academy in Mesquite, Texas. She loves working with and inspiring students by nurturing their passion for dance and learning. Ms. McCarty is a native of Oxford, Mississippi. 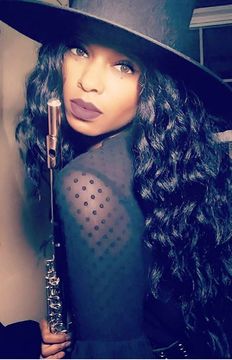 .Coreisa Janelle Lee (New York, NY), born in Birmingham, Alabama to Howard and Jeanette Lee, has 15 years of flute education. Contributing to her success, she’s had the pleasure of working with: Ian Clarke, Greg Patillo, Alberto Almarza, Lorna McGhee, and more. Her past teachers include: Kim Scott, Dr. Frank Adams, Aaron Evens and Ann Edwards. Coreisa is a graduate of the Alabama School of Fine Arts(ASFA) where she reigned as principal flutist of the ASFA Orchestra and the Alabama Youth Symphony Orchestra. In 2011 and 2012, Ms.Lee won the woodwind division at the Alabama Federation of Music Clubs Competition. In 2012, she won the Concerto Competition at Rocky Ridge Music Center and won 1​ st place in the Lois Pickard Concerto Competition. In 2013, She attended the Music Teachers National Association competition and was named a finalist after winning the State and Southern Division level. Ms.Lee has recently made an appearance on both the Jimmy Kimmel show and the Meredith Vieira show - where she was awarded a new professional Powell flute by Meredith Vieira herself. She also had the chance to perform for the United Nations 69th anniversary alongside pianist, Lang Lang, and Pop singer, Sting. Now living in New York City for 5 years, Ms. Lee has had many great performance opportunities, including performing multiple private shows with cast from Broadway’s “Hamilton” and “The Great Comet.” Former principal in the NY Youth Symphony, Coreisa has now finished her senior year as a full scholarship recipient at the Manhattan School of Music. She was a recipient of the William Randolph Hearst Full Scholarship and privately studied with Linda Chesis majoring in Classical Flute performance. 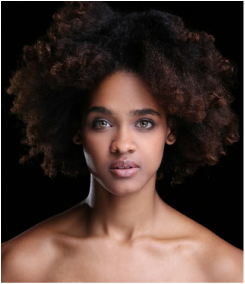 Mecca Allah (Philadelphia, PA) is a 2016 graduate of the Ailey Certificate Program in Dance. Ms. Allah has studied at Dance Theatre of Harlem, Eleone, Philadanco, and Ballet Hispanico. While at The Ailey School, Mecca trained with highly esteemed teachers such as Ana Marie Forsythe, Milton Myers, Elizabeth Roxas, Mathew Rushing, and Renee Robinson. Ms. Allah was also a part of the Ailey Student Performance Group (ASPG) and had the opportunity to perform works in Alvin Ailey American Dance Theater's repertoire such as “I’ve been buked," “Didn’t my lord deliver Daniel," as well as lead roles in “Escapades” and “The lark Ascending.” Mecca has had the opportunity to perform works by Ray Mercer, Amy Hall, Darshan Singh Bhuller, Justin Prescott, Hollie Wright, and Levi Marsman.
We are dedicated to a personal, individualized plan of health care and wellness to ​meet each person’s physical goals: functional, athletic and artistic.  At Agile Physical Therapy, we blend science with inspiration and advanced training to achieve motivation and success for our patients. 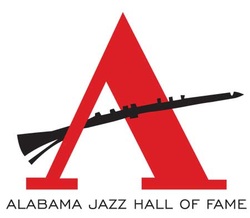 The Alabama Jazz Hall of Fame located in the historic Carver Theatre for the Performing Arts is located in the 4th Avenue Business District, and has become a popular venue not only for local jazz artists, but for the local comedy and spoken word scene as well. It has played host to jazz legends such as Duke Ellington and Lionel Hampton. Hosting events from theatrical performances to jazz jam sessions to swing dance classes, the Carver Theatre opens its doors to the very best in entertainment.