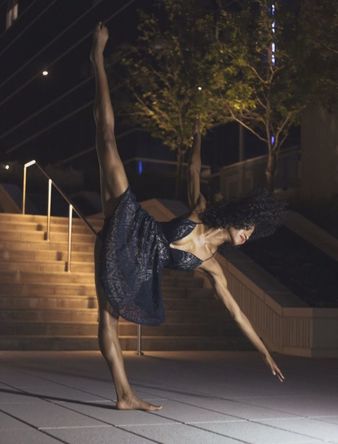 Kat Files is a New York City based dancer, model, and actress. Ms. Files is a 2015 graduate of Fordham University/The Ailey School BFA program in Dance where she was a 4 year Glorya Kaufman Foundation Dance Scholar. She began her training in Birmingham, Alabama at the Alabama School of Fine Arts (ASFA) through a comprehensive curriculum comprised of classical ballet and modern dance technique, with exposure to other dance styles and forms. Throughout her entire career as an ASFA student, Ms. Files was a member of the ASFA Dance Outreach program and was privileged to travel to Birmingham City Schools to demonstrate dance techniques and provide performances for the students. Ms. Files continued her commitment to community outreach through dance by volunteering with such organizations such as Woodlawn Ballet, Scrollworks/Metropolitan Youth Orchestras of Central Alabama, Birmingham City Schools and Tuscaloosa City Schools. As a dance student at The Ailey School/Fordham University, Ms. Files was a member of the Ailey/Fordham Student Dancers (AFSD) which presented dance performances to inner city schools. In 2017, to increase community outreach, The FILES Arts Project taught a Horton dance masterclass to BOLD (Beating the Odds, Living the Dream) Performing Arts Academy students in Fairfield, Alabama. While in NYC, Ms. Files continues to support Birmingham City School Teachers by choreographing dance works for students during special projects and sending a video of the choreography via YouTube.

Upon graduation, Ms. Files performed in the 5th Annual Brooklyn Dance Festival at BAM Fisher Theater and Kumble Theater, LIU in a work by Sidra Bell. In February 2017, Ms.Files joined Felice Lesser Dance Theater, and performed in "Lightning." Ms. Files was presented with a freelance opportunity and was able to perform as a featured dancer in a video for the Billboard music group, Autograf. Ms. Files performed with Matheta Dance in October 2017 making her debut in the premiere of "Keep Up & Keep On." Most recently, Ms. Files performed with Matheta for Art Action Day held in coalition with The Federation and Morgane Le Fay.

Ms. Files has an appreciation for various art forms. She is pursuing her passion for the visual art of fashion through modeling. Ms. Files has walked in fashion shows benefiting charitable organizations such as the Susan G. Komen Breast Cancer Foundation & The National Alzheimer's Association. Additionally, Ms. Files has walked in Brooklyn Fashion Week 2015 and 2017, NYFW- The Journey 2016, Le Coiffeur: Style the Runway 2017, and Couture Fashion Week 2016 and 2017. Recently, Ms. Files was featured in a National BEDGEAR Performance promotional advertisement, and was also a featured model in Designer, Inga Murray of IngaSez Fashion, LLC's published spread in Sheeba Magazine. In February 2018, Ms. Files had the opportunity to model for an editorial shoot for Beacon's Closet, a major clothing store specializing in vintage apparel, shoes, and accessories.
In addition to dance, Ms. Files is also pursuing her passion for the performing arts through acting. She has worked background on the following television series: "Gotham", "Bull", and "Deception." Ms. Files performed featured roles on "Gotham" and "Deception" and has completed background work on a major motion picture. Ms. Files earned her SAG-AFTRA membership in June 2017. Most recently, Ms. Files was employed on a commercial for a major cosmetic brand.

In 2014, Ms. Files created The FILES (Future Inspired Leaders Exemplifying Success) Arts Project, a 501(c)(3) organization, to provide dance and music training at no cost to the youth of in her hometown of Birmingham, AL. For the last 5 summers, The project provided workshops to traditionally under-served communities. Additionally, Ms. Files also assisted pre-professional Ballet classes at The Ailey School in 2015 and 2016. For the past 3 years, Ms. Files has taught Ballet, Modern, and Jazz classes at Youth Arts Academy in Brooklyn, NY. Ms. Files has choreographed dance pieces for each of her classes end of the year performances. Recently, Ms. Files conducted a Dance Masterclass at the University of Connecticut (UCONN) at Stamford, where students also had the opportunity to sit down with Ms. Files and participate in a Lecture/Demonstration. The passion Ms. Files has for dance and the performing arts was nurtured by her family, which can be traced to her grandfather, the late Curtis Files, Jr., who was inducted into the Blues Hall of Fame as a Legendary Blues Artist. 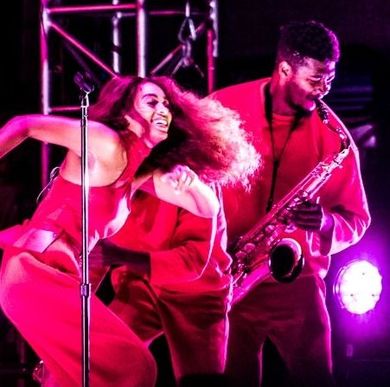 Royce Files (Los Angeles, CA) is a Doctor of Musical Arts (DMA) candidate saxophonist studying under Dr. Jessica Maxfield, primary saxophone instructor at the Thornton School of Music. Mr. Files obtained his Bachelor of Music (BM) degree in Saxophone Performance from the University of Dayton in 2012. He was awarded his Master of Music (MM) degree and Artist Diploma (AD) at The University of Cincinnati - College Conservatory of Music (CCM) in 2014 and 2016. Royce Files was the recipient of a 4-year renewable Presidential Scholarship and music scholarship at the University of Dayton. Additionally, Mr. Files was a recipient of a Jazz Graduate Assistantship and a Graduate Scholarship at the CCM. He has also studied with James Bunte, Nathan Nabb, Willie Morris III, Paul Cohen, Jim Flowers, Dwight Houston and Angel Negrin.  He is currently enrolled in the Doctor of Musical Arts program at the University of Southern California where in addition to performance he is studying music production and arts administration in preparation for a career in music.

In 2012, Mr. Files’ University of Dayton-based First Flight Saxophone Quartet was invited to perform at the International Society for Music Education World Conference in Thessaloniki, Greece.

In addition to his collegiate activities, Mr. Files has served as the Vacation Bible School Music Director for his Church, has taught music at Birmingham City Schools and Homewood City School band camps, and has been a guest performer at many civic organizations and area churches.  He is currently working with the Thornton Community Engagement Program (TCEP); an outreach program aimed at mentoring students in disadvantaged schools without music programs. He has also worked with the CCM Whiz Kids organization and the Metropolitan Youth Orchestra of Central Alabama/Scrollworks as a saxophone instructor. When he was younger, he toured Paris, France and Genoa and Rome, Italy as a member of the Magic City Boys Choir. His passion for music was kindled by his Grandfather, the late Curtis Files Jr., who was inducted into the Blues Hall of Fame as a Legendary Blues Artist. Mr. Files is originally from Birmingham, Alabama where he attended Homewood High School. 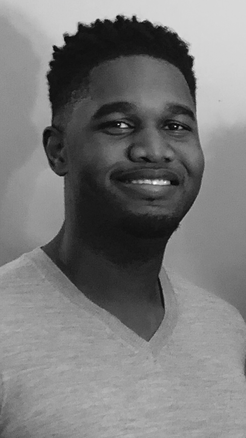 Christian Files is employed in corporate finance in Milwaukee, WI and holds an MBA from Marquette University with a concentration in marketing. Christian initially joined the company’s Finance Leadership Development Program, where he transitioned between four finance and accounting roles at the Milwaukee and Cleveland offices with a focus on financial planning and analysis. He currently is a Finance Auditor and supports the company’s internal controls and compliance testing in domestic offices and international offices and plants. Christian has completed international and domestic audit assignments.

After graduating from Marquette University, Christian collaborated with his marketing professor Rev. Nicholas Santos, S.J., PhD, to write the academic paper  “The Food Industry and Obesity in the United States: A Virtue Ethics Approach for the Common Good”, which Rev. Santos presented at the 24th International Vincentian Business Ethics Conference in 2017. Prior to being employed in Milwaukee, Christian completed two Finance internships in Tucson, Arizona.

In 2012, Christian earned his Bachelor of Science in Business Administration from the University of Dayton in Dayton, Ohio, graduating magna cum laude with a concentration in Finance. During his time at Dayton, he was a trombonist for several of the university’s music ensembles, serving as the principal trombonist for the Symphonic Wind Ensemble and a member of the Dayton Jazz Ensemble. In addition to his academic and musical pursuits, Mr. Files was elected to the executive committee for the University of Dayton chapter of the National Society of Collegiate Scholars as Vice-President. In this role he facilitated workshops for students focusing on professional development and organized community service events to benefit the Dayton Metropolitan Area.

​Christian gained experience teaching trombone to high school students as a summer band instructor at Homewood High School, where he was the brass section leader and selected to the Alabama All-State Band. He also has vocal experience as a former member of the Magic City Boy's Choir. His time with the choir was what opened his eyes to the opportunities excellence in the arts can provide as he was able to perform with the group in Paris, France and Rome, Italy at a young age. The passion he has for music and the performing arts comes from his family, which can be traced to his grandfather, the late Curtis Files, Jr., who was inducted into the Blues Hall of Fame as a Legendary Blues Artist. Christian is originally from Birmingham, Alabama.